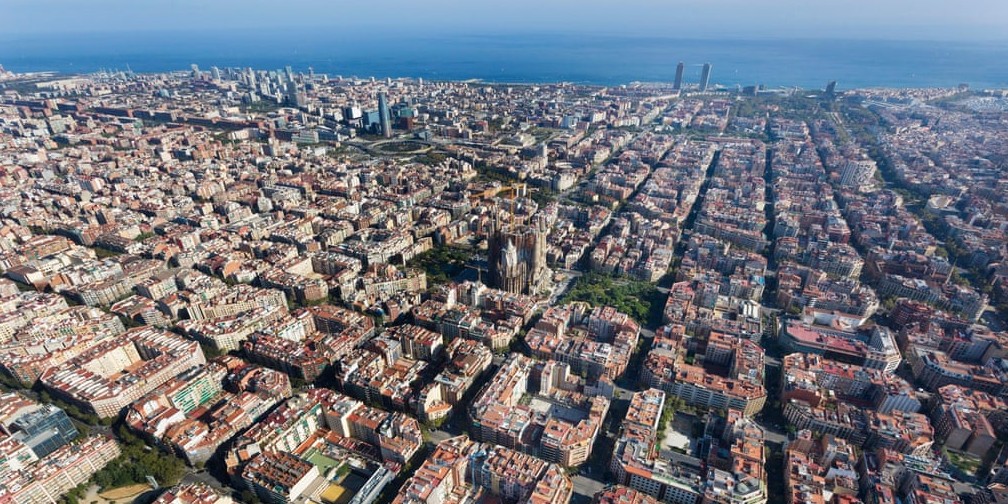 Air pollution has been described as the ‘new tobacco’ by the head of the World Health Organization. In fact over 90% of the world’s population suffers toxic air and research is increasingly revealing the profound impacts on the health of people, especially children.

Taking a look closer to home and the numbers are startling. Barcelona has the most cars per square kilometer in Europe and air pollution causes 3.500 premature deaths per year (Source: World Economic Forum)

CENIT´s Genis Majoral is heading up the on-going exploratory research into Barcelona´s SuperBlocks. He explains in more detail “the externalities of Barcelona´s urban mobility issues not only include pollution but also extend to include life expectancy, commuter and total travel time, noise and heat island effects. We have seen that here in Barcelona we urgently need a paradigm shift away from the car-centred urban planning model and towards a people-centred approach.”

The city´s Eixample (literally translated as Extension, which effectively linked the historic center to the outlying villages in 1860) is a gridiron pattern of traffic congestion and pollution with virtually no green areas. A radical scheme – creating a total of 503 superblocks – could cut air pollution by a quarter, and bring Barcelona’s NO2 levels into line with the WHO recommendation of a maximum of 40 micrograms per cubic meter.

Majoral is keen to share a balanced view, “ many of the critiques of Superblocks are focused on concerns regarding the physical extent of the mobility effects in terms of how far downstream a superblock affects mobility. There is of course also an optimal number of superblocks given the size of the city and the traffic demand. Our research will analyse the trade-off between those areas inside the SuperBlock and the surrounding urban areas”.

CENIT´s Samra Sarwar explains further “Superblocks are groups of streets where traffic is reduced to close to zero, with the space formerly occupied by cars given over to pedestrians, green spaces and play areas. In this sense the focus of our research is to analyse the SuperBlocks scheme in the form of a practical case study in Barcelona and its impact on reducing traffic and reassigning urban space”.